Deepsea scientist honoured for mentoring of women in science 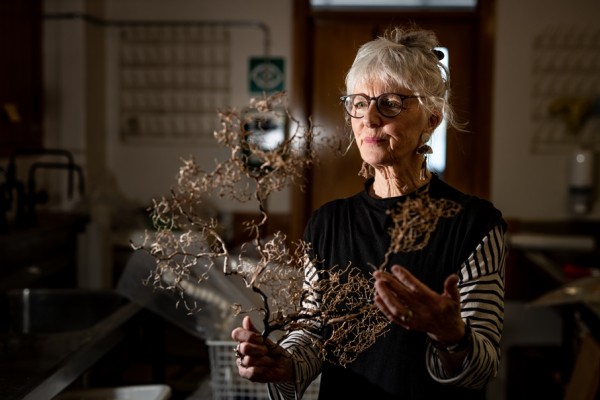 Di Tracey, a deep-sea fisheries and ecology scientist at NIWA, has been awarded the 2021 Miriam Dell Award by the Association for Women in the Sciences (AWIS) for her advocacy for and mentoring of women working in science.

Di began her career working for the Ministry of Agriculture and Fisheries (MAF), where she spent a lot of time at sea on research and commercial fishing vessels helping estimate fisheries abundance e.g., for orange roughy, and where she was often the only woman on board. Di progressed in this male-dominated field to serve as Voyage Leader on a number of expeditions. Through her dedication and awareness of fairness and equity issues in the workplace, she has worked to improve attitudes to women and to allow other women to go to sea in a culturally-safe environment.

The Award Judges were particularly impressed with Di’s activities in mentoring and advocacy that fall outside her role as a senior scientist. In the early 1990s, Di was instrumental in helping establish a crèche at Greta Point in Wellington. She is, and has always been, a willing and strong mentor for women working at NIWA centres across New Zealand, established and administers the Greta Point Women’s Network, and supervises both Masters and PhD students studying marine biology and earth sciences at Victoria University of Wellington.

“Throughout her career, Di has been a mentor and role model to many women,” says Vonda Cummings, who nominated her for the Award. “She is a strong advocate for women in the scientific workplace, and has worked tirelessly to raise awareness of the issues we face. This Award is a just and fabulous recognition of her decades of outstanding mentoring, and reflects the high regard in which she is held by her many mentees and colleagues.”

Di feels that her drive comes from the lack of diversity still seen in science organisations and universities – particularly in decision-making roles.

“Women do great science, it is visible in the media, we lead many programmes and projects, and are incredibly capable. Why then do we remain invisible at the top in the science leadership roles, why the gaps? And why are we still paid less?

“A lot has changed over the decades, certainly since my early days of being the only woman at sea, but it is clear that there is still gender bias in science and that many inequities remain. These challenges make me want to continue to raise awareness and continue to support women in science.”

Di has been a strong advocate for AWIS. She was the Wellington Convenor for several years and has always encouraged female colleagues to attend AWIS events and conferences and to make the most of the networking and learning provided by the Association. This year, for example, NIWA provided sponsorship and had 19 female staff attend the AWIS Conference in Dunedin, the largest contingent from a single organisation outside of the University of Otago (who hosted the conference).

The Miriam Dell Award for Excellence in Science Mentoring was introduced in 2013 and is awarded on a biennial basis to someone who demonstrates outstanding mentoring efforts to retain females in science, mathematics or technology. Nominees can be from any part of the science system – including lecturers or supervisors at universities or other tertiary education organisations, or from commercial science-based organisations. They may have mentored, formally or informally, females at any stage in their career from tertiary education to the science workforce.